There’s no denying the overwhelming and ever-increasing popularity of WordPress. From directories, online portfolios and job boards to massive online magazines publishing literally thousands of articles a year — WordPress has become the go-to tool for all manner of online business ventures.

But what about eCommerce websites? Indeed, WordPress happily powers those too.

In fact, ever since WooThemes (one of the largest theme companies in the business) began exploring the potential of WordPress as an eCommerce platform with the release of WooCommerce back in late 2011, WordPress has been making some serious inroads into the world of eCommerce. So much so in fact, that it’s estimated WooCommerce now powers over a staggering 20% of all active eCommerce sites!

So with all this incredible popularity, here are over thirty shining examples of live websites (selected from thousands) using this incredible eCommerce platform — so as to provide some sense of the powerful tools that AME clients have at their disposal. 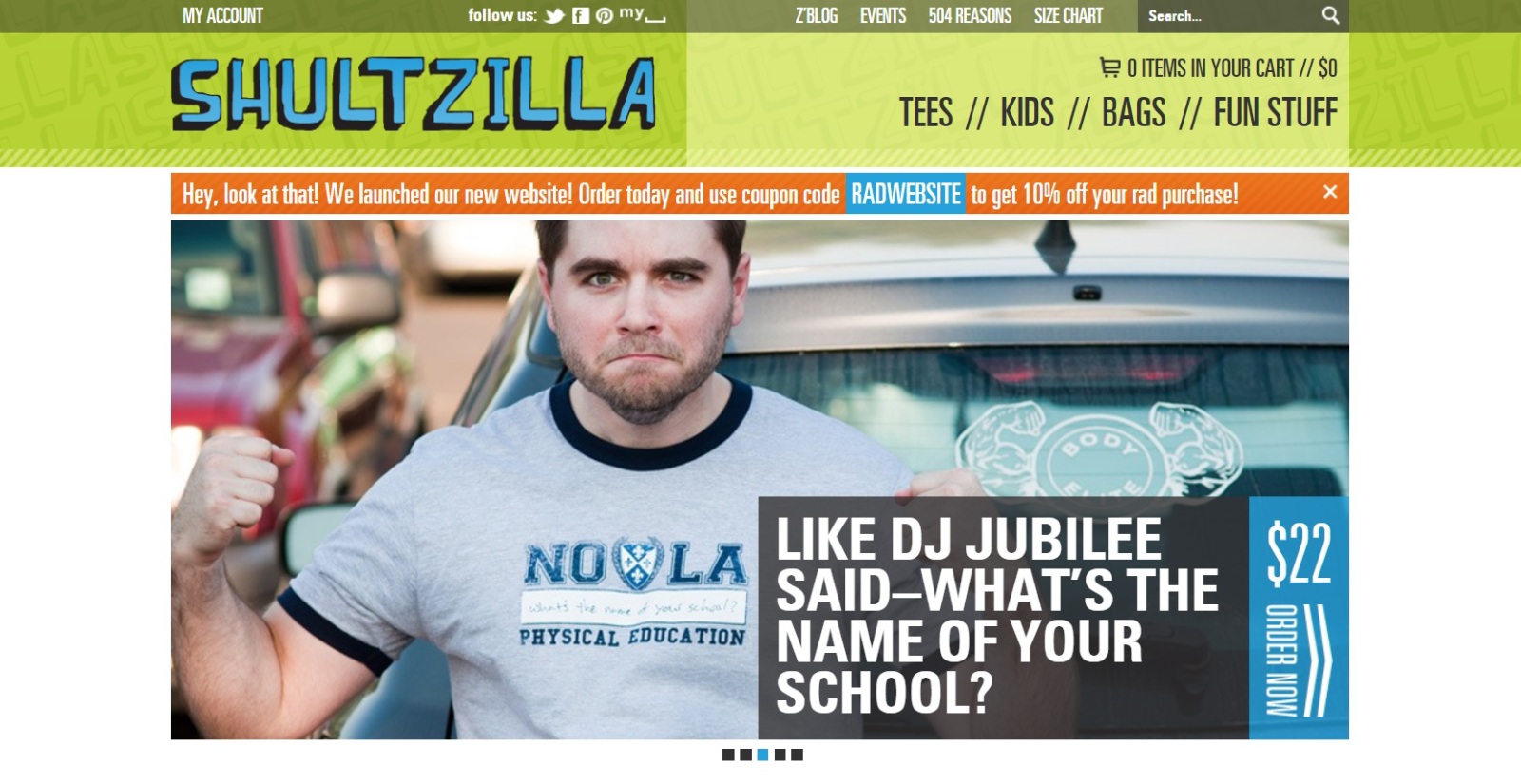 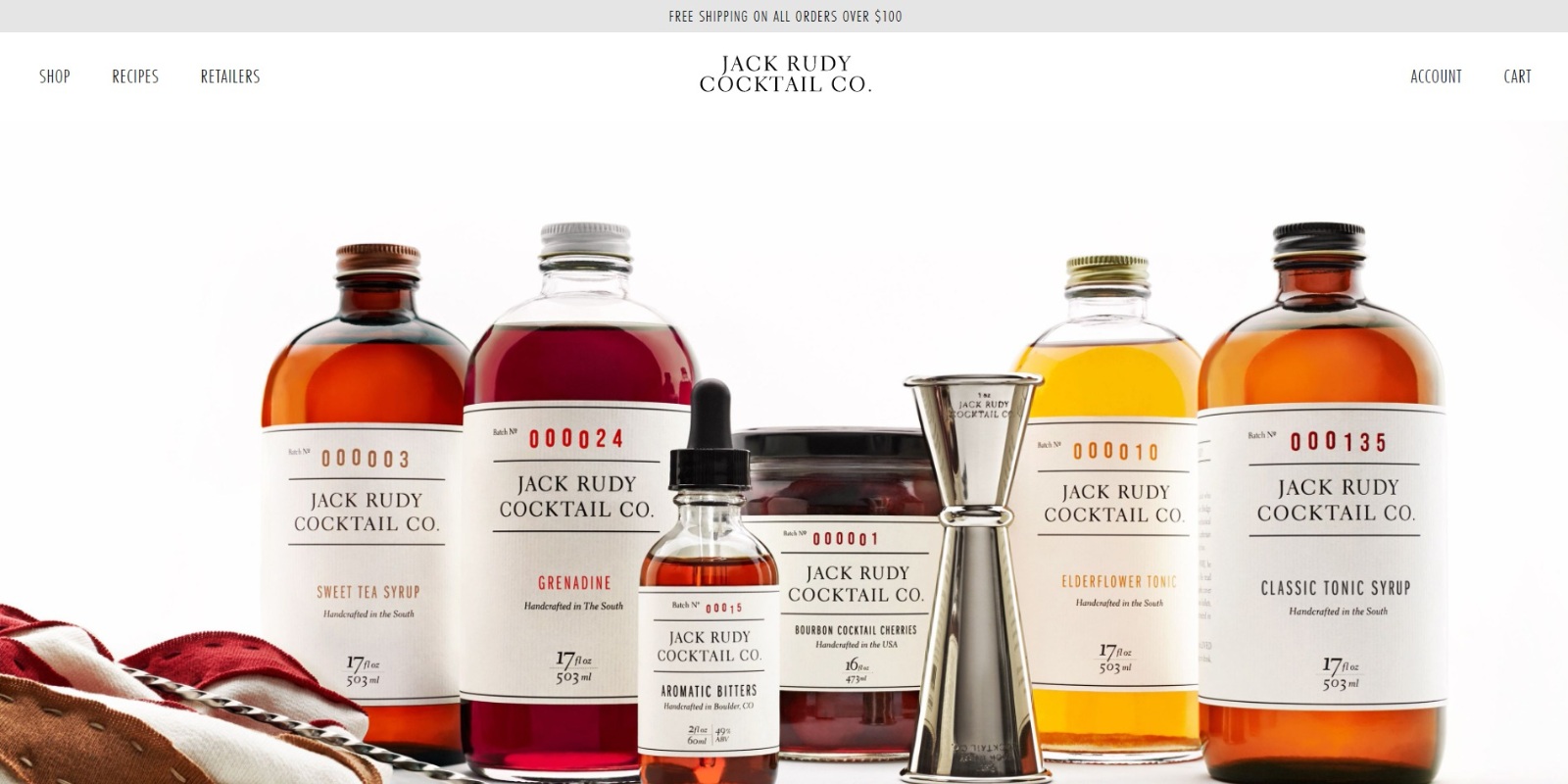 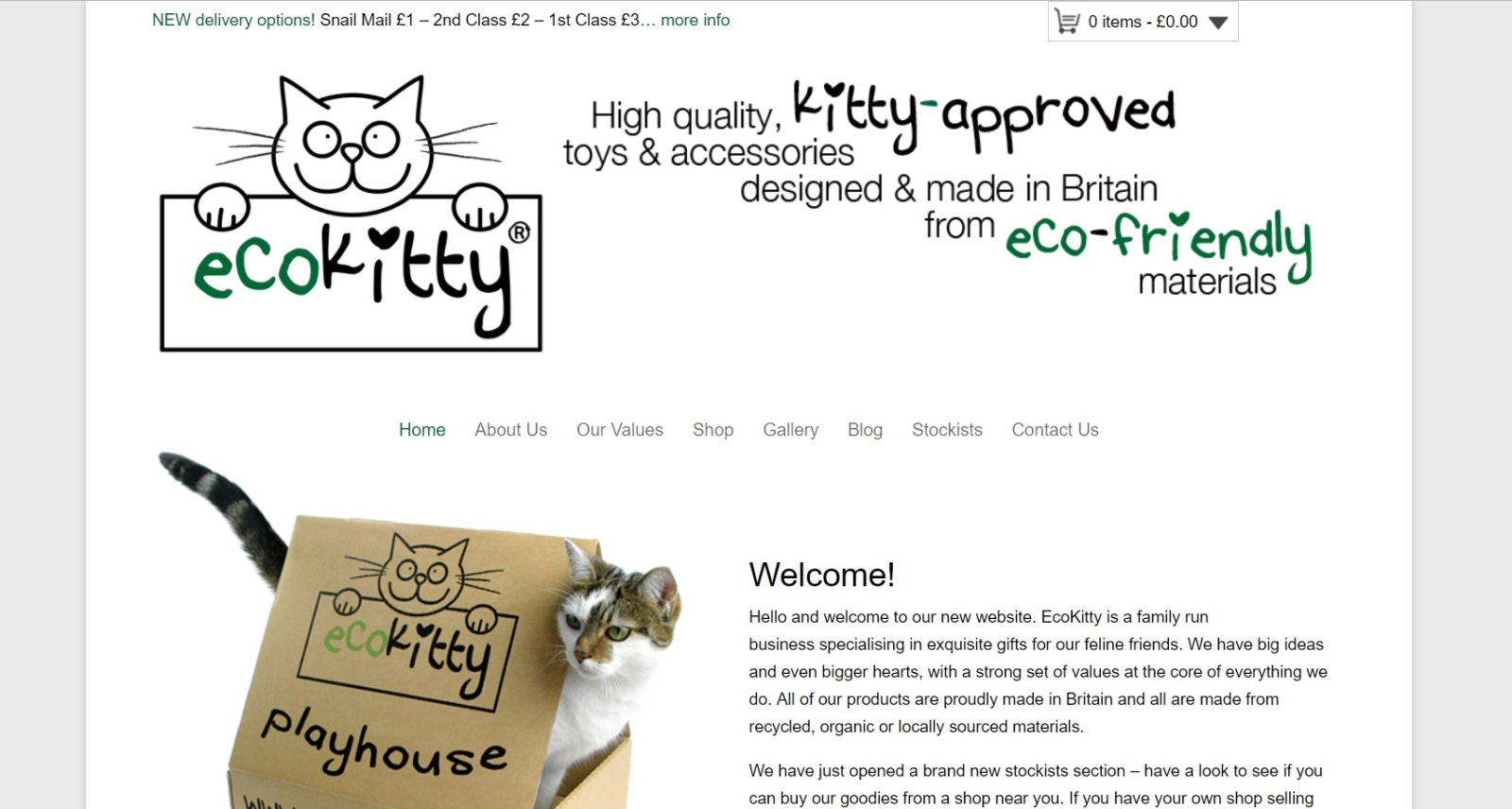 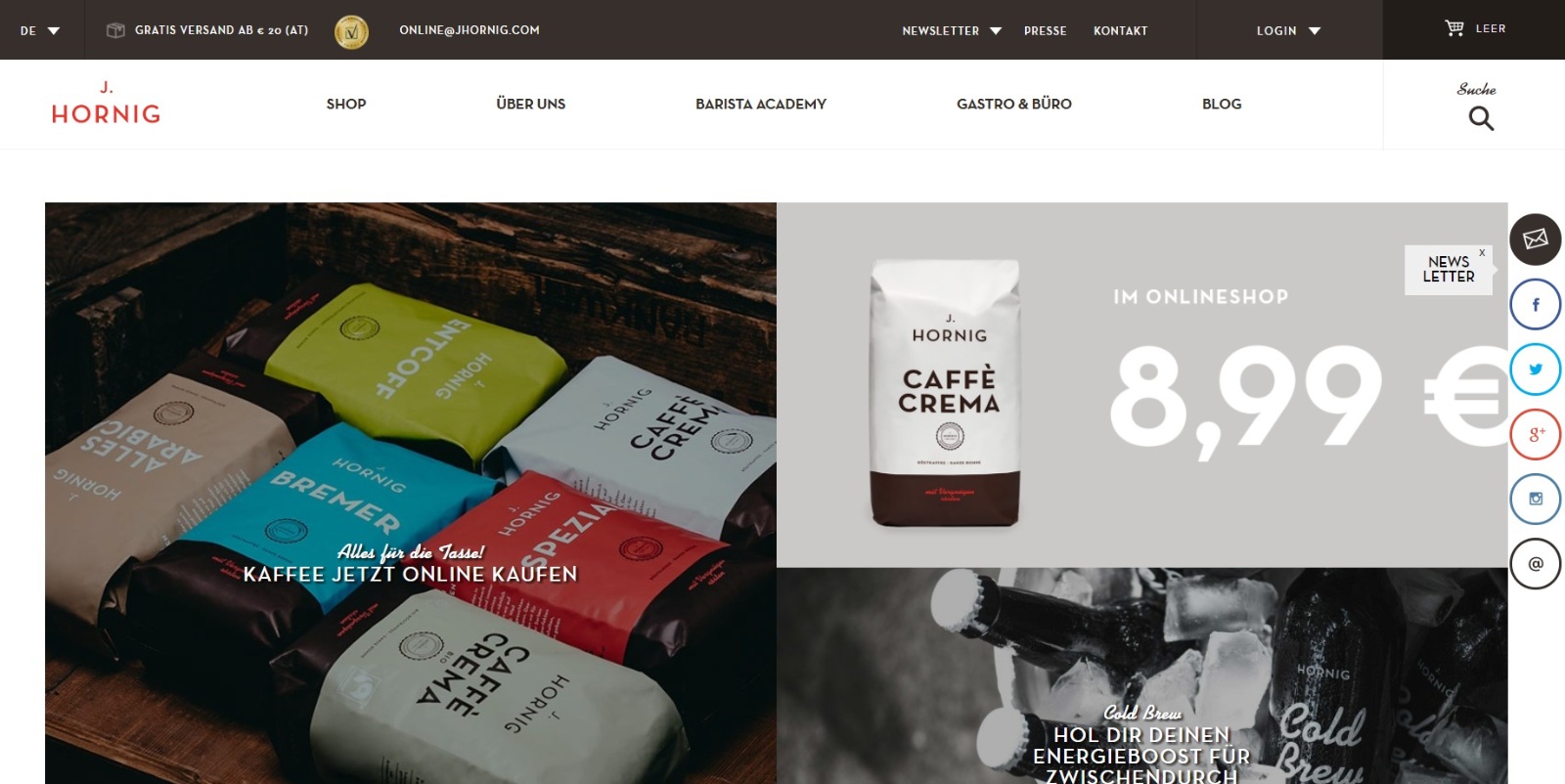 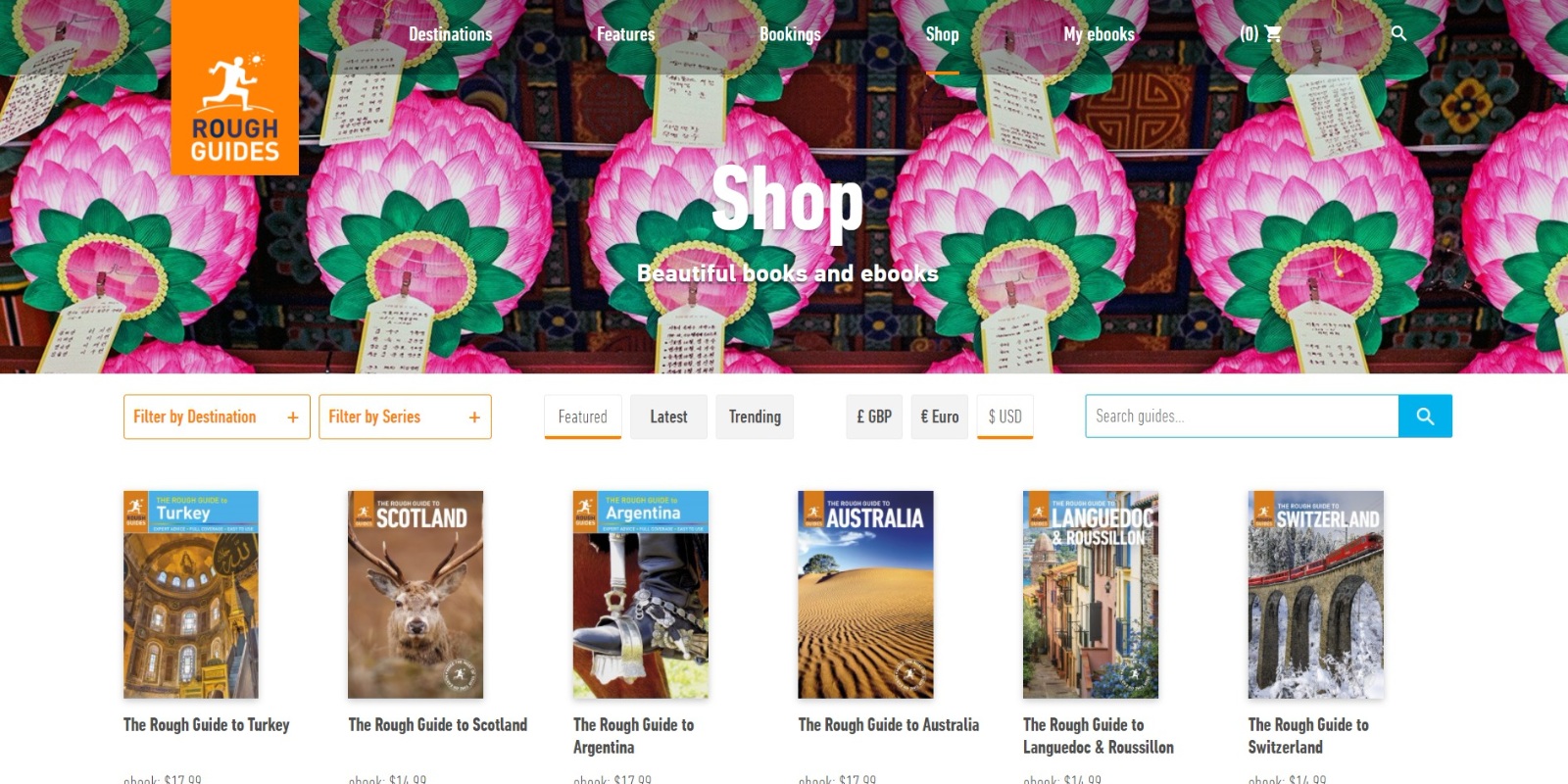 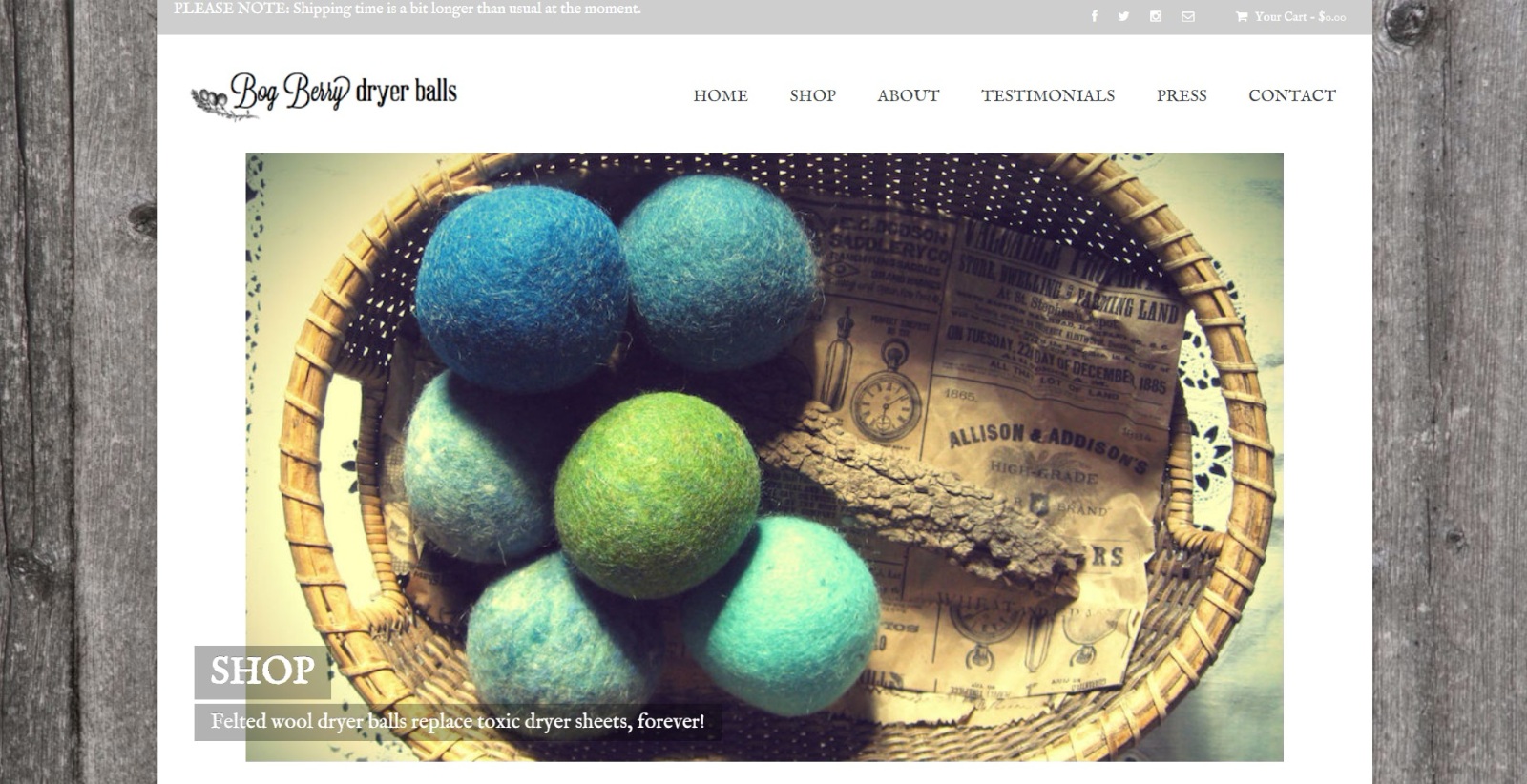 Posting In WordPress; The Basics

The Truth About SEO

Use a Premium Theme

As a small non-profit organization in a rural Tri-State area along the Colorado River, we needed a website that would “pop” when opened. Deej is very easy to work with ~ he and his team went over the top producing a beautiful website with a lot of attention to detail in accordance with our Mission. Deej made it easy for us to follow our progress until we were ready to launch ~ love and appreciate the great communication. We will be working with AME in the future and highly recommend this team. A sincere Thank You to all at AME.”

These guys are awesome. When we are in a hurry to get things done and need extra help they are there and do great work. Will use them again and again.

AME has continually impressed us since our company got on board over a year ago. Their expertise and professionalism far exceeds other groups we have worked with in the past! We trust them 100% with our presence on the web... You should too! Thank you AME!”

I was VERY pleased with AME. They were fast, very responsive and took care of issues as they arose. Now, I have rehired them several times. I highly recommend them. Thank you!”

Excellent service. Very responsive and went the extra mile to assure everything was in working order before submitting job for approval. Would definitely use AME's services again.”

Very efficient team, even dealing with the challenge to install in my country (France) and with my provider. Thank you very much.”

Great turn around time. Thanks!”

I could not be happier with the service, resposiveness and creativity. Deej and the AME Team seem to anticipate things I want and valuable improvements… even before I realize I need them! Thank you for all your effort. I’m a PERMANENT customer – word.”

Excelent job, excellent communication all the time. Strongly recommended! Thanks a lot for such wonderful work.”

I recommend this service. Great support.”

AME Network was instrumental in helping to set-up this site. We incurred some hosting troubles and not only was AME precise in explaining what needed to be done, they were able to work around our company restrictions. For the civil and public jobs we do, our web redesign is a priority and AME has ensured that we are off in the right direction. The site is beautiful, plug-ins work and content looks great. Thank you for your help.”

AME did a great job! Excellent communication, fast turnaround and very professional results. We would recommend them in a heartbeat.”

The Most talented, super fast, super kind and communicative company i have worked with in the last 5 years!! Highly Recommended.”

Responsive and knowledgable, obviously very experienced in Wordpress. Assisted with a couple of "extras" that were very appreciated being a newbie. Would hire again, you won't be disappointed!”

AME Network was easy to reach, answered all of my questions, and got my template uploaded, installed and working quickly.”

“Fabulous help with my template installation with a 3rd party host. I could not have done it without your help. THANK YOU!”

Deej and the AME Team jumped on a problem with our checkout, and worked quickly and late at night to get it fixed fast. Communication was excellent. We will be asking AME to help again.”

Super thankful for AME and all of the help they were able to provide. The work was done as soon as they had the access and information they needed. Great experience and I will use again for future projects.”

I had many problems since I chose one of the most elaborate themes, but the AME team was always ready to solve my problems, even adding extras and advice which is very good. I am sure I will call them to further customize my work. Thanks AME!”

AME has done a very good job. Great communication, all done as requested. Recommend without hesitation.”

“Thank you so much for getting our job done so quickly.”

Did much more than I expected. Great work!”

Got the job done in under 24 hours and ready for the next step.”

The fact that I could get help with my installation was such a relief. It took me days to understand my theme so having someone that could help me out was such a nice extra. Thank You!”

Again, amazing work and quick turn around. Will be using them for many more projects.”

Amazing work and will definitely us again.”

They did a great job! Fast, professional and like my wishes. I will choose AME-Network again for my next projects.”

Hi the work done on my wordpress site was fast and thorough! I would highly recommend AME-Network! And I will be back for more!”

Nice bunch to work with, thanks!”

Excellent work as always! Will be using AME a lot in the future!”

Fantastic service, very professional. I would for sure recommend!”

I HIGHLY recommend AME Network. Because of issues with my webhost, the installation was far more difficult than expected. The AME Team communicated with me throughout the process, working on my installation for 12 hours straight (4:00 pm to 4:00 am)! The team helped me communicate with my webhost by telling me what to say, and provided screenshots. I never felt abandoned and forced to figure out what the issue was on my own. I would definitely use them again.”

Would definitely recommend AME-Network. These guys went above and beyond the call of duty to get this job sorted properly and on time.”

I sincerely recommend AME because they did the work in the same day, answered us very fast, always eloquent, understood our ideas and helped us with the doubts we had. Thank you for making our dream come true!”

Excellent Job, Very patient with us, went above and beyond to complete the job even waiting for DNS issues to be corrected. Very Professional and customer oriented. Very pleased.”

Responsive and got the job done. Would recommend.”

Awesome work, very quick and professional job. Recommended and I will certainly use the service the next time.”

WOW, they worked out our job really good!

Very nice! Thanks my friends.”

A Great, fast and personal help!”

Great job. Very quickly done and response time was more than adequate. Would definitely keep this company in mind for further work.”

Service was provided as requested and the communication was excellent! Thank you.”

Ridiculously good communication. They're incredibly helpful and easy to work with.”

Thank you for a great job!”

AME was terrific. I highly recommend him. Responded and communicated quickly and understood the requirements at hand. Executed correctly and well. The agent, Deej, also went above and beyond to help diagnose an issue not directly related to his task. I appreciate his effort and ability.”

Progress relating to the installation of a new WordPress theme was very well communicated.”

Great service and response times for a beginner like me it was very easy!”

The work was fantastic!”

Great communication! Would def work with them again.”

AME Network took on a fixed price job that turned out to be far from straightforward, however they did not complain and were very responsive, pro-active in dealing with the issues that someone else's theme created. Their communication was excellent through out and they delivered all they were asked to an more. I wouldn't hesitate to recommend them and I shall be using them again myself.”

The job was delivered as promised! Recommended.”

Hi it looks to be working. That was a task!”

Loved working with these guys and they kept me inline as my schedule was pretty hectic during implementation.”

Great job by AME-Network - especially the communication was perfect and made it possible follow and comment along the way. I'm very happy with the work done. In fact, we've rehired them for additional work. Thanks!”

The team at AME Nework were really excellent to work with, and the quality of their work is excellent as well. They did what they said they would, in less time than proposed, and kept me informed and educated continuously. Thaks so much AME Network!!”

Thank you for a speedy and efficient job, looks great!”

This service was amazing! The team went above and beyond to deliver a beautifully installed theme. Communication was speedy and frequent. Couldn't ask for a better experience.”

Helped save lot of time and effort. Had tried this earlier myself and had found it not so easy…”

These guys were incredible. Communication was 150% as well as responsiveness to our needs. I would HIGHLY recommend them. Great job!!!”

AME was amazing to work with. Communication was clear and regular. They kept me up to date on progress at all times. A very trustworthy company with integrity, professionalism and a great range of knowledge and skills. I would hire again!”

Really helpful and answered my questions immediately, Thanks!”

AME's installer provided more service than expected and was patient to help me understand a few things that I was uncertain about after the job was complete.”

I'm very satisfied with the work has done. You have done more, that i expected. Thank you very much!”

“Very impressed with your great work!”

Thank you very much for your efforts. AME Network took excellent care and delivered a perfect job.”

Yet another AWESOME mobile website from AME Network! This is the second site I've had them "mobilize" and I continue to be thrilled with the quick response, excellent communication, and top-quality results. I am happy, my client is happy, and I highly recommend AME Network for whatever you need done. They're great!”

HOORAY! I am truly thrilled with the mobile work that's been done for me by AME-Network! Great communication, very timely in getting my project done, and the final product was absolutely fantastic! I highly recommend them, and I definitely plan to invite them to work with me on future projects.”

As an entertainment company that has used your services in graphic and web design, large-format banners, business cards, illuminated signs, promo kits and more… I want to say thank you for making my vision become reality. People stop and notice my ads, my company’s website, presentations and image. It's all very professional and effectively shows how I want my business to be presented. Thank you again and again and again!!!!!”