The Truth About SEO


Warning: Trying to access array offset on value of type bool in /var/www/vhosts/amenetwork.com/httpdocs/wp-content/themes/flathost/framework/spyropress-image.php on line 56

Warning: Trying to access array offset on value of type bool in /var/www/vhosts/amenetwork.com/httpdocs/wp-content/themes/flathost/framework/spyropress-image.php on line 57

Recently, I got a call from one of our portfolio company’s CEOs, who was frustrated by his confusion around SEO. He felt like he just couldn’t get a straight answer. Each “expert” claimed to know the secret sauce and recommended different strategies (most of which they eventually admitted could result in Google penalizing the site).

I set up a meeting with a small group of highly experienced entrepreneurs who had built multiple Inc. 500 companies with SEO as a primary marketing strategy. Here’s what they explained:

The secret is that there is no secret. SEO isn’t complicated. Like anything, there is a depth of knowledge that helps fine-tune strategies, but 90 percent is merely about consistently doing what feels natural and testing. They specifically cautioned against trusting anyone who claimed to have an inside track. Instead, they recommended focusing on amplifying what feels like a natural extension of the business. 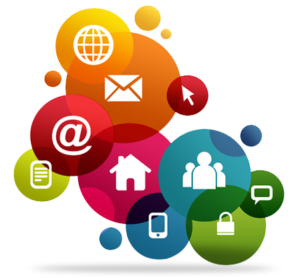 Do the basics. Google needs to be able to determine a general ballpark of where your organization is relevant. Proper site structure, meta tags, and keywords still matter, but they’re just the start.

Everything is moving to quality. Search engines want to provide the most relevant information. It used to be far easier to game the system with loads of links and specific anchor text. Times change. Now, the signals of relevancy revolve around a far more diverse set of information like social endorsement, repeat traffic, frequent mentions, and helpful content.

Links still matter, with qualification. Google rose to prominence because of PageRank, which was based on how academics use citations to determine relevancy. Google equated links to citations and revolutionized the search industry. Links haven’t gone away, but evolved. Instead of merely looking at the link and anchor text, Google is analyzing many factors, including the traffic derived from the link (indicating interest) and surrounding text. The entrepreneurs recommended focusing on helpful, relevant content for links instead of a specific “link-building” campaign.

Pay attention to social signals. The biggest change in recent years is a move toward social signaling, although they said it has moved slower than they anticipated. Search engines are trying to gauge actual authority, and a robust social following is a strong indicator. Google+ is an obvious signal. They believe that while social builds slowly and without strong ROI, the socially rich will continue to get richer.

Video is tough to “game.” Search engines are putting more weight on areas that are tougher to game. Video is expensive to produce and, subsequently, is not used as frequently in questionable tactics. They recommended incorporating it into the marketing plan as a secondary strategy.

Product integrations are providing mountains of data. Google has always been acquisitive and has amassed an incredible array of products that are constantly throwing off data that’s being used to validate relevancy. From Gmail and Google Maps to the Chrome web browser and Google+, the number of checkpoints around a company is staggering. This allows Google to be incredibly adept at distinguishing “SEO tactics” from normal operating protocol.

Obviously, this article isn’t meant to be a guide to SEO, but instead a behind-the-scenes look at a transparent conversation on an often confusing topic. For a more in-depth introduction to SEO, I’d recommend starting with Rand Fishkin’s “Beginner’s Guide to SEO”.

Brent Beshore, Founder/CEO of Adventur.es, is a Forbes contributor. He is also an Entrepreneur, Angel Investor, Winemaker (Beshore Family Vineyards), and Poverty Relief Advocate. The opinions expressed are those of the writer.
[elfsight_social_share_buttons id=”1″]